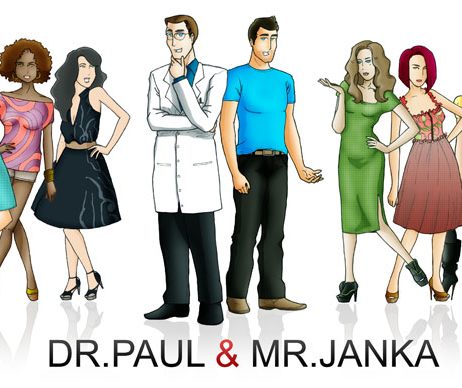 Brothers: Advice and Wisdom You Never Got From
Your Father, Teachers, Mentors, Coaches, or Even Your Best Friends 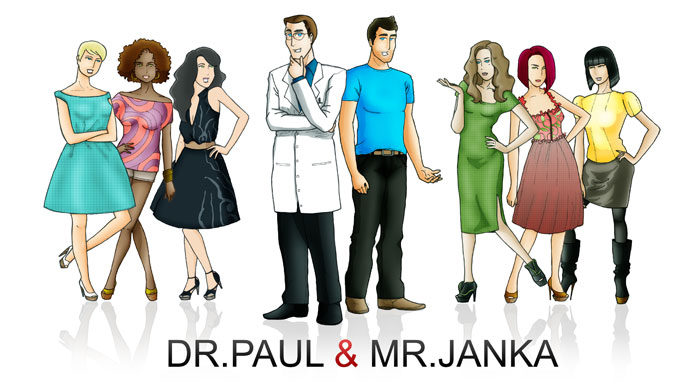 Brothers: Advice and Wisdom You Never Got From
Your Father, Teachers, Mentors, Coaches, or Even Your Best Friends

It wasn’t that long ago when I encountered another guy named Paul. He was a bit eccentric, but unwittingly funny because of a natural tendency to say whatever was on the top of his mind, uncensored, unweighed or measured, but – it seemed to me – from the heart. He doesn’t have any qualifications to teach or guide men in their behavior, love relationships or personal growth, except for his incredibly brutal honesty – and that goes a long way in my book. He was around my same age, was a Harvard graduate, had travelled widely and lived a lot of life. In a world of image, and reputation, I didn’t care about his qualifications – he was one of the few guys I had met that are truly free to speak their mind no matter who’s listening.

In short, we became fast friends, and some of the candid topics of our conversations got me thinking about what else men are missing in their lives these days. Certainly, guys’ fathers have been less involved in their lives for about a generation, and the mainstream media hasn’t done much at all to further the progress of men’s specific personal growth and romantic challenges. Most “advice” in the mainstream is gender neutral, or heavily favoring women’s empowerment…

…which is of course a good thing.  But with nothing for men and only men, it does a disservice to half of the human species.

Why We Can’t Do Without Brothers

The longer I got to know this Paul guy, the more questions he would ask me about his own life. He’d then take bits and parts of it and tell other guys he knew. In return, sometimes he’d invite me to his city and give me a chance to see the wild life he was accustomed to.

I thought a great deal about what had been missing in my own life in younger years and one thing was always for sure:

I’m the oldest of a family of brothers, and even though my own father wasn’t around a lot, many of the questions and challenges I had growing up wouldn’t have been of the type I’d go to a father with anyway.

I think I’d always wished I’d had an older brother of my own.

That would have been someone to go to for quick, honest advice, but a guy who would basically be of my same generation. He’d really get me in the the way I’d always understood my own younger brothers and tried to help them along.

At the same time, an older brother wouldn’t be needy, or the type who would be more in a position of needing help or advice from me as opposed to coming from a place of being more of a giver. A guy who had been through it all a few years before me, paved the way, and gotten some solid answers already to pass on to me.

Alas, I never had an older brother. Instead, I had to always be the one to dive in first, get beat up, learn some valuable lessons, and help others (like my own brothers) who would follow after me. It’s the next best thing though for me – to make sure that any guys I can find who really need what I wish I’d had could benefit. Even one more person who’s in the shoes I used to occupy would make what I went through feel better.

The “other Paul” would soon be getting some advice from me, even as he drew me out of that kind of protective shell that keeps some of us not fully speaking our most candid opinions.

It was that very week that I got together with my new friend, and told him I’d like to bounce some ideas off of him – the raw, uncensored guy who’s trying to make his own way in the world, and myself, the psychiatrist with the systems, methods, processes and technology for men that I’ve been getting out to the world – it would be a one-time teaming up as Brothers of a sort, tackling all the tough questions that men would never feel comfortable going to a woman (like their mother) for advice on, or even a mentor, coach, spiritual advisor, everyday friend, or even their own fathers.

A recent study, like many coming out these days, says that it’s actually MEN who suffer more emotionally over relationship conflict and dating challenges, NOT WOMEN. While that may surprise some, it doesn’t surprise me. The science says that makes sense. It’s just that men are hard-wired to not complain, ask for help, or even admit to themselves that they need to improve at something.

Our biology is programmed to have us feeling LESS MASCULINE for even admitting we are challenged.

Clearly men are more challenged than ever before, even as women outdo them in academics, career, and virtually every other area but flatulence.

Now when we go to a father with some troubles, he would have to be an exceedingly understanding and accomplished guy to help us out, and criticize constructively, guiding us to answers. Many fathers today are just as challenged as we are as men, so what do they have to give?

Mentors and coaches who are female we might feel all the more avoidant of admitting difficulty to, for the very reason above.  Even males we might feel competitive with, or unconsciously “less than” for asking for help.

Ah, but a BROTHER would be the perfect go-to guy with a personal situation. He’s grown up with us, knows us through and through, is from our same generation of social and career challenges, and even at the core – the genetic, biological level – has a built in reflex to support us and see us WIN at life, as if it were his OWN life we were talking about.

BROTHERS are definitely on our team, on our side, and are in a place to help us as men, utterly WITHOUT ANY SHAME if we ask for help. What You Will Learn

I took the 25 most common challenges that men face today – the most secret, difficult things that can take a man by surprise, that a woman would often not understand or have the right words to help us through, and for which there are absolutely NO thoughtful, practical, politically incorrect-but-true, heart-felt answers that speak to the most private, personal needs of today’s man.

My raw, unplugged, uncensored friend would be the perfect foil for speaking politically incorrect truths, and I started us on the questions, some of which are listed here:

-dating mulitple women
-being an “alpha-male”
-approaching a woman
-how to “become a man”
-boundaries and the “killer instinct”
-breaking up with class
-giving a woman a climax
-dealing with depression as a man
-developing a vision for yourself
-the importance of having discipline as a man
-what is femininity
-fitness and grooming challenges
-get a job you want quit the one you hate
-the importance of keeping your cool
-what is real leadership?
-how to make yourself interesting
-the do-or-die importance of mastering negotiations
-having a positive impact in social gatherings
-if a woman gets pregnant
-you can’t be a man if you don’t take risks
-creating a social network for yourself
-handling STDs
-striving for greatness as a man
-passing tests – both at work and with women
-mastering time management

I lead us through all these and more, in lengthy, leisurely and wildly entertaining discussion with my friend, and in the end, all whove had the change to experience the program so far get the feeling that, yes, they DO have BROTHERS to go to with problems, but always always in a way that makes you a more powerful man, free of shame.

In the end, the most recent men’s movement is about banding together as a team of brothers to improve ourselves, and the team as a whole, with honor, dignity, and not just a voice, but a masculine voice paired with the actions that really do build a life.