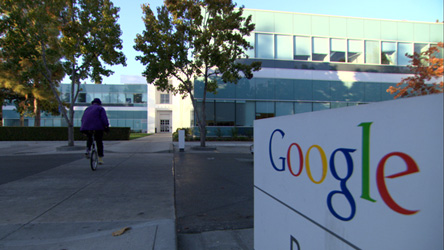 Google Behind the Scenes – (2010) Documentary HDTV

This documentary shows how Google works behind the scenes and describes the ultimate goals of Google. Primarily it is to collect ALL information available worldwide.

This documentary shows how Google works behind the scenes and describes the ultimate goals of Google. Primarily it is to collect ALL information available worldwide. At the moment this is mostly about websites, but e.g. with Google Books they are allready expanding to printed media – and with Google Video (and Youtube) they are also expanding to movies. More information sources are going to be included in Googles data-collection. Of course their slogan is “Don’t be evil“, but the question is what power does a company has, that knows about the “entire” information available worldwide?

This was a great documentary. It was very interesting to get to hear the people at Google talk — it was kind of annoying having the “are google going to do evil things” theme going with the interviewer and that nutter over in the UK.

This is a great view into the life and philosophy and some of the projects of Google. I love them even more now! They are quite possibly one of the only companies that I trust — I sure hope they can hang on to that trustworthiness.

This was a wonderful piece of work.. Nobody among the regular users of Google have ever thought about the cons of the google era. People are so dependent on it that Google is seen as something next to god. This documentary really triggered the thinking about the possible side effects of a company ruling the internet ,as it is the major source of information of the past,present and future. As far as now google has been very gentle and professional in their work and contributions. I hope it continues the way it is now and google proves that the speculations made were wrong. Its a wonderful company and the most admirable one for the kind of innovations they make. They have made internet so user friendly. With the reputation they have among the billions of internet users , I dont think anyone even in their wildest dream would think of Google going the wrong way..